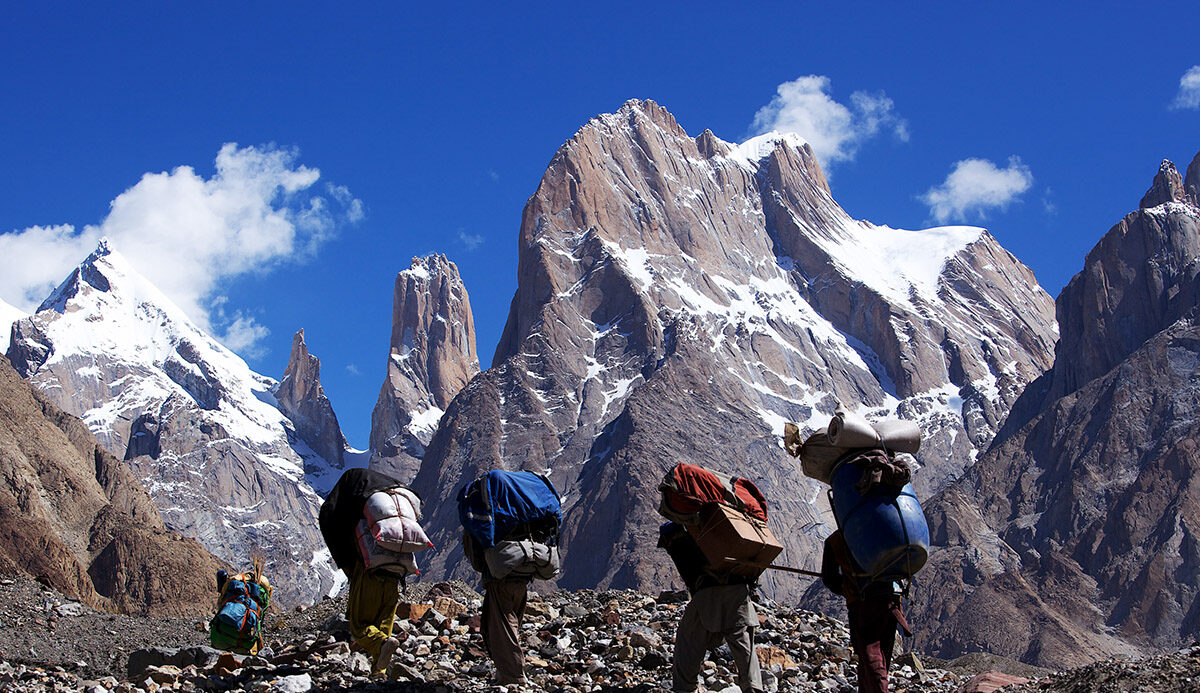 The jagged peaks from 5753 to 6545 meters high Trango Rang teethed on the Baltoro Glacier, forms one of the largest vertical faces of the world. There is no choice for a rock climber than to this spot of world where dozen of choices exits The 6239 meters high.

Trango Tower (6,245m) in the Baltoro region is one of the natural wonders in the Karakorum Range, the most dramatic feature in the Trango Group. Trango’s altitude, verticality, and sustained difficulty would call for a level of free climbing performance that had never been seen in the great and remote ranges of the world. Three miles across the Trango Glacier and just above the confluence of the North and South Hainablak glaciers the elusive Shipton Spire(5900m) rises out of the ice without hesitation. It wasn’t until the summer of 1996 that a strong North American/Australian team finally conquered it. A 29 pitch, 4,400 foot big-wall with the pitch rated 6c, 7b and 7b+ that is certainly offer best technical climb you ever have without paying the royalty.

It’s a three-day, 50-mile trek to Trango base camp from Askoli village having after a seven hours jeep drive from Skardu. Day 01 :  Arrive in Islamabad received and transfer to hotel. Afternoon city tour of Rawalpindi & Islamabad Rawalpindi is a lively, bustling city with the crowded streets and colorful bazaars, thorough it lacks the grand monuments.

Day 02 :  Morning Fly to Skardu or drives  to Chilas we may have to make a two day drive to Skardu via Chilas on the Karakorum Highway.

Day 03 :  Rest day or Drives to Skardu the capital of tradition says that the town was once called  Iskandaria  and that it was one of the cities Fronded by Alexander the great. We will drive through the narrow gorge of the Indus River to Skardu.)

Day 04 : To Askole. We board jeeps for the adventurous ride to the trailhead (about six to seven hours). Shigar valley,    known for its numerous fruit orchards. We’ll enjoy   views of Mango Gusor (20,362) And Bakhor Das (19,054) As we drive along the roaring Braldu River. Arrive at Askole, where we camp. Overnight at 3050m. Here we also meet our porters.

Day 05 : Begin trek Jula. The early morning set up our first day trek with porters. Walking along the Braldu River  we  pass the village of Askole after about three hour. Walk brings us to Korofan(10,170′) on the other Two hours walking we will camp at Jula.

Day 06 :  Paiju. This is an undulating walk, with Occasional scrambles across the rock. Excitement mounts as we prepare to have the first views of the great mountains ahead. The trail climbs to advantage point from where we can see the snout of the Baltoro Glacier. Visible in the east is the magnificent panorama of  Cathedral  Towers and of Cathedral Towers and Broad peak  (26,400,). Paiju camp (11,750) is situated in a grove of willow and poplar trees and has a freshwater stream running through it.

Day 38: Skardu – Islamabad
Flight to Islamabad otherwise we drive to Chilas through KKH.

Day 39: Islamabad
In case of flight it will be free day to explore the twin cities of Rawalpindi and Islamabad. Otherwise we drive to Islamabad from Chilas for 12 hours.

Since 2002, ‘Chogholingsa Treks & Tours Pak (CTTP)’ has been focused on bringing our customers the best services in Northern Pakistan and quality travel or tour plans. We are enthusiastic about movement and sharing the world’s marvels on the relaxation travel, tour or expeditions side and giving corporate explorers hello there contact administrations to encourage their business travel or tour needs.

We’re a worker-claimed travel agency secured by our qualities, trustworthiness, and commitment to client benefit.

Fulfilled workers lead to fulfilled clients. We know the development and accomplishment of our organization relies on satisfying our customer’s needs each day. That is additionally our guarantee. 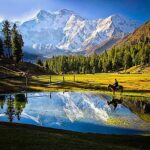 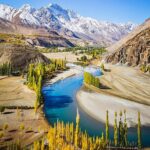 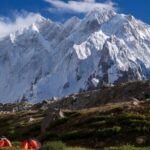