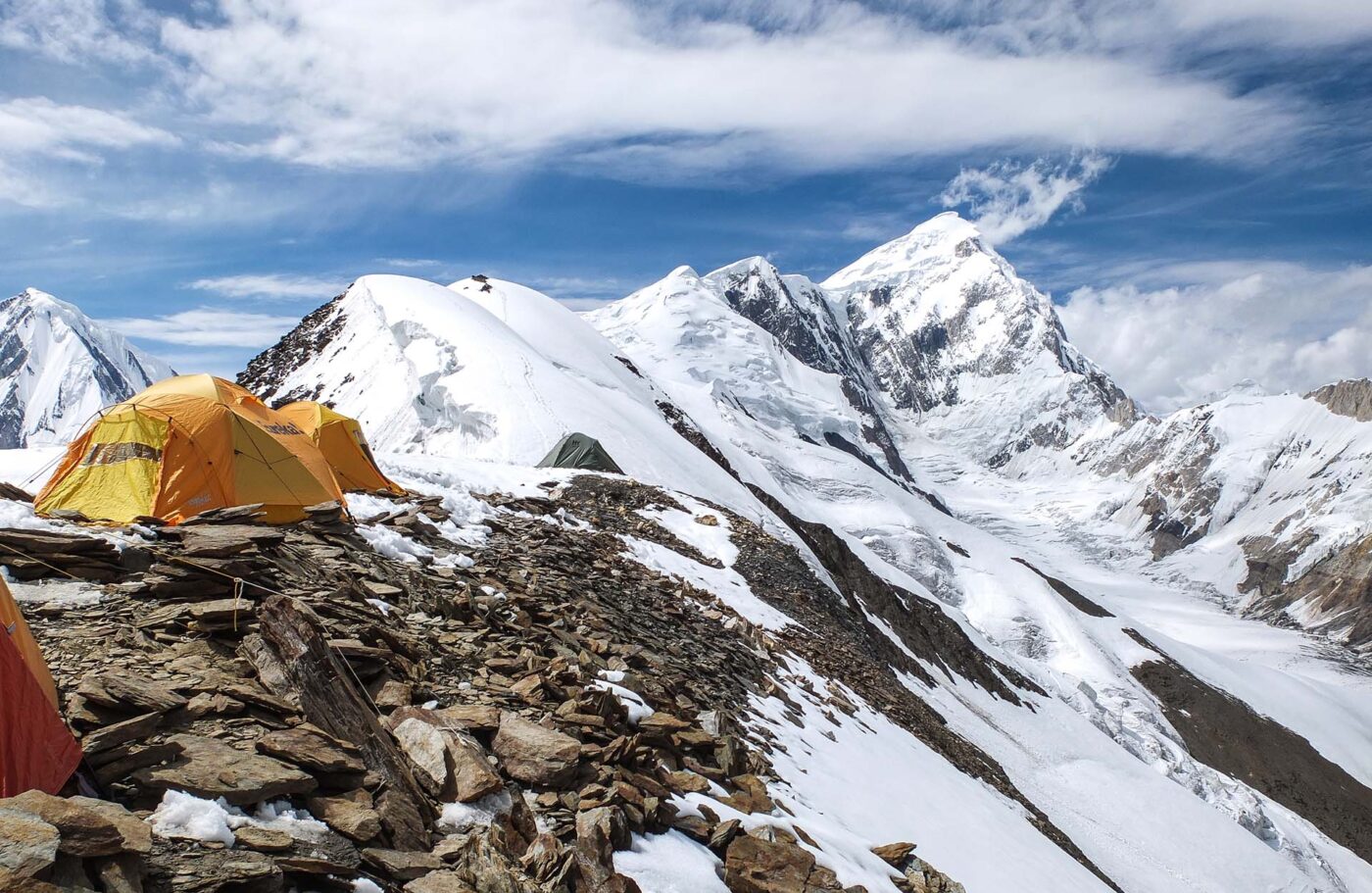 In BALTI it call Sapang-Tik meaning the little garden but with frequently use it become spantik. In the past few years, this unknown peak became so much popular that now a day it attracts  5 to 10 expeditions each year. Since its base camp is within easy reach. Spantik lies in the Karakoram Rang and its base camp can be reached in four days including one day for the jeep drive from Skardu. For about three days will be trek on and besid chogolungma glacier before we reach Spantik peak Base camp 4100m. Spantik peak lies in between Nagar valley near Hunza and Aramd valley in Baltistan. The normal south east route to 7027m spantik is from Choolungma glacier in Arandu of Baltistan, also known as little Tibet.
Spantik is the most beautiful and fascinating peak. Every year its attract dozens of adventure lovers from all over the world, from which 80% of them successfully climb this beautiful mountain as with many high mountains, weather and snow conditions and climbers personal fitness and acclimatization will determine on weather the summit it reached. In 1892 a large expedition of W Spantik is a truly Himalayan scale objective an ideal next step for those who have previously climbed 6000m trekking peak or for those preparing for an 8000m expedition.

Sorry, the comment form is closed at this time.

Still Have a Question?

No tours match your criteria

No tours match your criteria